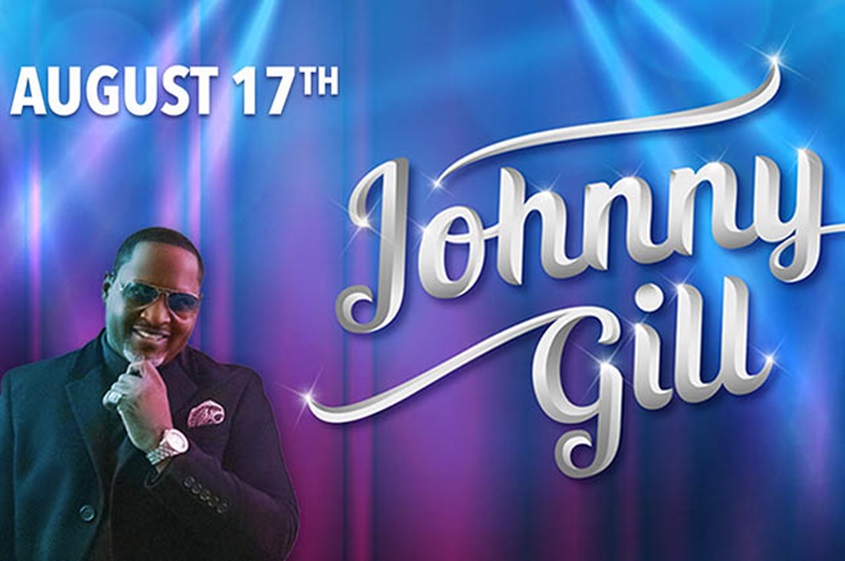 Like a blockbuster Hollywood movie that leaves fans clamoring for more, Johnny Gill delivers his eighth solo studio album entitled Game Changer II, which serves as the sequel to the highly successful 2014 Game Changer release. The first single from Game Changer II finds Johnny setting things off with a solid traditional R&B message song “Soul of a Woman.” The poignant song opens a rare window into Johnny’s personal life as it was primarily inspired by his mother, Annie Mae. “I’ve been holding on to this Greg Pagani song since the last album,” Johnny shares, “listening to the demo for my own personal pleasure. It’s not your everyday song,” which is exactly why Gill enlisted comedic Emmy-Award winning actress Tiffany Haddish to co-star with him in the video for the single.

From there, Game Changer II explodes with a generous variety of unique instant classics including the Latin energy of “Fiesta” featuring Grammy-nominated percussionist queen Sheila E., the Reggae-tinged love song “Best Thing” as well as “Favorite Girl” – all produced by Grammy Award winning producer/musician/songwriter Blac Elvis out of Atlanta. A surefire standout is “That’s My Baby,” a sumptuous and harmonically sophisticated tribute to one of Johnny’s greatest musical heroes, Luther Vandross, produced by Ralph Stacy. For anyone expecting some familiar superstar sizzle in the mix, there will be a Johnny Gill and Ralph Tresvant duet which will be producers Jimmy Jam & Terry Lewis..

With Game Changer II and its avalanche of genre-bending hits, Johnny Gill returns to the music game bolder and brighter than ever before.

Johnny took his time to maximize the full potential from Game Changer, pulling a remarkable six hit singles from it. Going against industry norms that dictate two to three singles per album, Johnny and his J Skillz Productions team have crunched decades of experience and shrewd business maneuvers into insuring that Johnny is a long-distance legacy artist with a brand that is ever evolving.

In 2018, Johnny Gill’s 35th anniversary as a professional entertainer sealed his legendary status. It’s been a time that’s seen him be successful as a solo artist, as a member of several groups and as the CEO of his own empire under the J Skillz mantle. Even this year as Motown celebrates its 60th anniversary, Johnny is proud to have once been a part of that magical company’s golden legacy. “I was honored to be signed by Motown,” Johnny states. “No matter what era you’re in, Motown will always be a landmark in music. Not just for Black folks. Like Smokey said, ‘The Sound of Young America’ was made to cross over and touch everybody.”

When he took his career into his own hands and started his J Skillz company and returned to music, it was with every intention to be a soul survivor and a game changer. “If I knew then what I know now,” he says shaking his head. “These years have been an experience I could never have paid for. It gave me another level of respect for the industry and what record companies did back then. Until you sit in that chair and realize all of the things that have to be done, it gives you a whole other level of respect. There’s no way my last album could have been as successful as it was if it hadn’t been my decision – and having the resources - to accomplish all we did. It’s been a blessing.”

In every arena that he has entered, volcanic-voiced singer/entertainer Johnny Gill has been a Game Changer. He entered the professional music world at 16 years-old in 1983 with two albums on Cotillion/Atlantic Records that introduced a clean-cut young boy out of Washington, D.C. with the uncanny sound of a full-grown man. He next lent that voice to an album of emotive duets with Stacy Lattisaw titled Perfect Combination that belied both their ages. He resurfaced several years later joining the former kid’s group New Edition, bringing a voice that was perfect to help usher them from novelty to longevity on the timeless classics “If It Isn’t Love” and “Can You Stand the Rain.” He brought his renewed star status to Motown Records as a linchpin of the legendry company’s `90s comeback roster with an album boasting indelible smash production from both Jimmy Jam & Terry Lewis (“Rub You the Right Way”) and L.A. & Babyface (“My, My, My”). He once aligned forces with fellow solo superstars Gerald Levert and Keith Sweat to form L.S.G., one of the first male vocal supergroups of R&B that scored two powerful albums including the sexy smash “My Body.”

Within the last decade, Johnny Gill triumphantly returned to the game as a recording artist and stage sensation with two projects that regained his R&B reign with Still Winning (2011) and, most apropos, Game Changer (2014), scoring a string of patiently detonated soul explosions such as “Long, Long Time” (f/ Eddie Levert and Keith Sweat), “Behind Closed Doors,” “5000 Miles” (f/ Jaheim) and “This One’s for Me and You” (f/ New Edition) that returned him to the top of Billboard’s Black Music charts. Add his involvement in the television ratings bonanza

“The New Edition Story” and his teaming with N.E.’s fellow lead singers Bobby Brown and Ralph Tresvant to form yet another super group, Heads of State, it is crystal clear: Johnny Gill never just plays a game. He changes it…every time.

Beyond the music and spending quality time with his family, Johnny generously gives of his time and resources in many ways, including supporting a center, L.A. Speech & Language Therapy Center that provides comprehensive treatment and services to children with Autism Spectrum Disorder and other diagnoses. “Several of my friends have children that struggle with Autism,” he says quietly. “I love watching them work through their problems, overcome, evolve and be able to do things no one ever dreamed they could – they’re ‘becoming.’ Friends like Tyler Perry have shown me by example so much we can do to give back. It’s so important to be inspired.”

Use the following link for ticket info: TicketMaster.com About Wind Creek Hospitality